$1,400 for Cooperstown - how Veronica fished for funds with FlipGive

Earning by shopping and taking donations meant the Fishkill Patriots killed two... fish? With one stone. 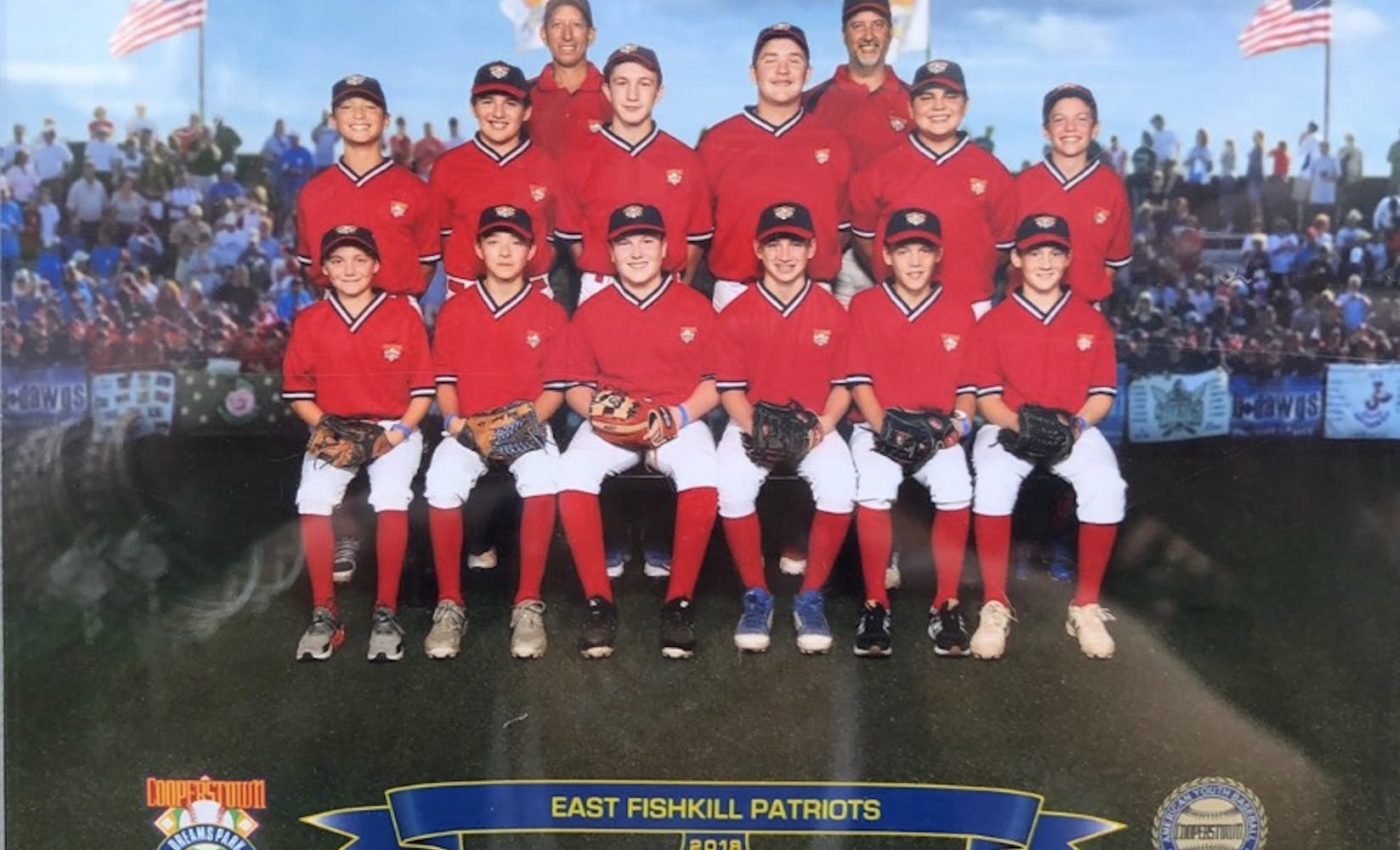 The East Fishkill Patriots were a classic underdog story - a local recreational team from a small town. When they set their sights on the team going to Cooperstown - which isn't cheap! Veronica had to be realistic.

"The teams we faced are mostly organized travel teams with hand picked players from multiple counties," said Veronica, a parent who helps with the fundraising. You'd be forgiven for thinking they weren't going to grab many wins. Turns our there was talent all over in East Fishkill.

"One of our player's sisters was chosen to sing the National Anthem during the opening ceremonies, which was a huge honor. They played doubleheaders over a 4 day period. We went 5-3 as a Local Rec Team," said Veronica. "The EF Patriots are from a very small town made up of some unbelievable talent. We are so proud of everything they’ve achieved, including a 2016 title of Regional Finalist."

But it wasn't only the players who had to overcome the odds - the fundraisers had to put on a next-level performance as well. Which is where FlipGive's team funding app came in to pinch hit.

"We put our team on blast to the entire league - I think that helped a lot," said Veronica. While the team members were earning with their everyday shopping, they also had a way to accept donations from friends and family who wanted to show their support. The share button on their team page meant they could e-mail, Tweet, or even print posters.

Once she was set up, Veronica could focus on the best parts of having the kids in sport - experiencing their growth and development.

"This team always pushes through and truly works as a team," said Victoria. "The best part is, we get to watch them grow and achieve at all levels; whether it’s personal or as a team."

A bit of setup and explanation at the beginning of the season meant the rest could take care of itself.

"Get the link out there. Invite friends and family to join your team to make purchases by simply sending the link. The easy accessibility to the donate button on the team page is great for someone wanting to support the team with a monetary donation."

Team Tip - Your Page is Dual-Purpose

A great bit of info is team members see a different page than new visitors. Your team members will see all the great shopping offers, so they can reward the team - a new visitor will have the option to either donate, or browse the store: whatever works best for them. Take a look:

Here's what a guest to your page will see - you and the other team members won't be asked to donate.

Between the donations and the rewards from shopping through the page (mostly Walmart, Eastbay, Baseball Monkey, and Dick's), the Patriots reeled in over $1,400.

Both the U11 and U12 team made sure to set their pages up before the end of October - meaning everything was in place ahead of key shopping and gift-giving.

"Set it up just in time for the holiday season to maximize your dollars," said Veronica. "... and good luck to all using this incredible resource!"