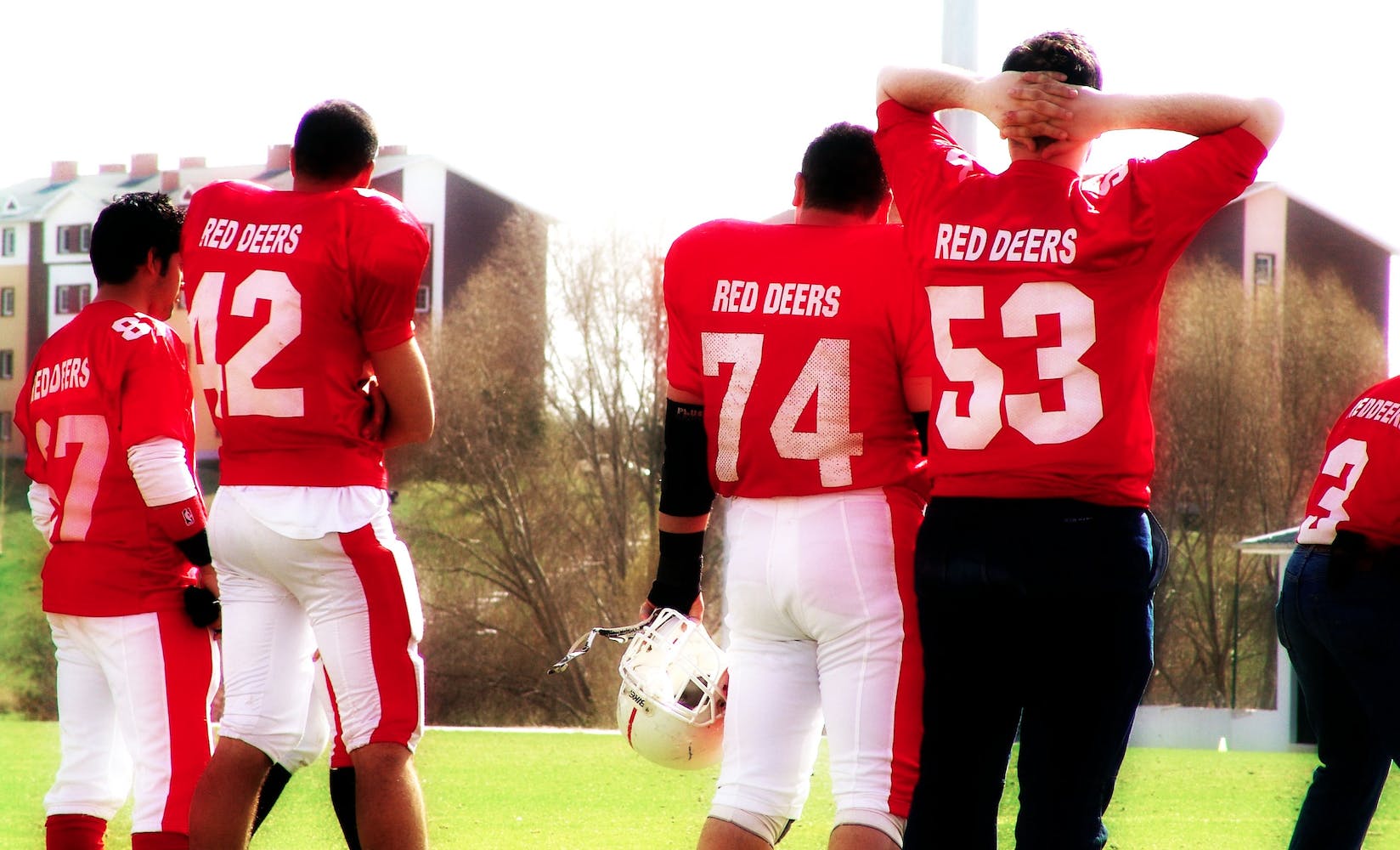 The sheer number of plays in a coach’s arsenal can be overwhelming, especially for a youth

passing plays within the same offensive formation, the “Double Wing Offense”. Finally, we will

describe a solid all­around defensive formation “4­4 Stack”, and an awesome play therein, the

to expand the “wedge” created by the right side. The QB then pitches to the WB in motion to

drive behind the ‘double team’ and into the “wedge” downfield.

a super power cut behind the blockers after receiving the pitch from the QB. The “Super Power”

running game will open up defense to other big plays off the “Super Power”.

This is the passing play to keep blitzing defences on their toes in any offence, especially ground

and pound running formations like the “Double Wing” Offence. The formation is the same as the

“Super Power” and “Power Pass”, but instead of the hand­off, or the play action pass, the QB

fakes the handoff and rolls out in the same direction as the receivers are slanting. The TE in the

slot offers another option for the QB while on the move. This is a deceptive play for more

Setting up in the same formation as every power run play, running the “Power Pass” offers great

deception, even more so when ‘play action’ is added to the mix. The “Power Pass” sends two

TE’s downfield on slant routes, the right WB into the flat, as a check down pass option, while

keeping 6 in the box to protect the QB and pick up any blitz the defense may send.

The 4­4 is an all­around style defence perfectly suited for all levels of youth football. It fills the

coverage as the play develops. “Indy” is a particularly effective defensive play, because the

blocking linemen allow for two linebackers to blitz the QB, or stuff the run. This is an awesome

moving them to the point of attack. There is lots of motion from the WB’s and FB to create

confusion for the defense. On the other side of the line of scrimmage is the 4­4 Stack defence

that can handle pretty much any offence.

Keeping defenders in the box to stuff the wedge running game, and having the flexibility to drop