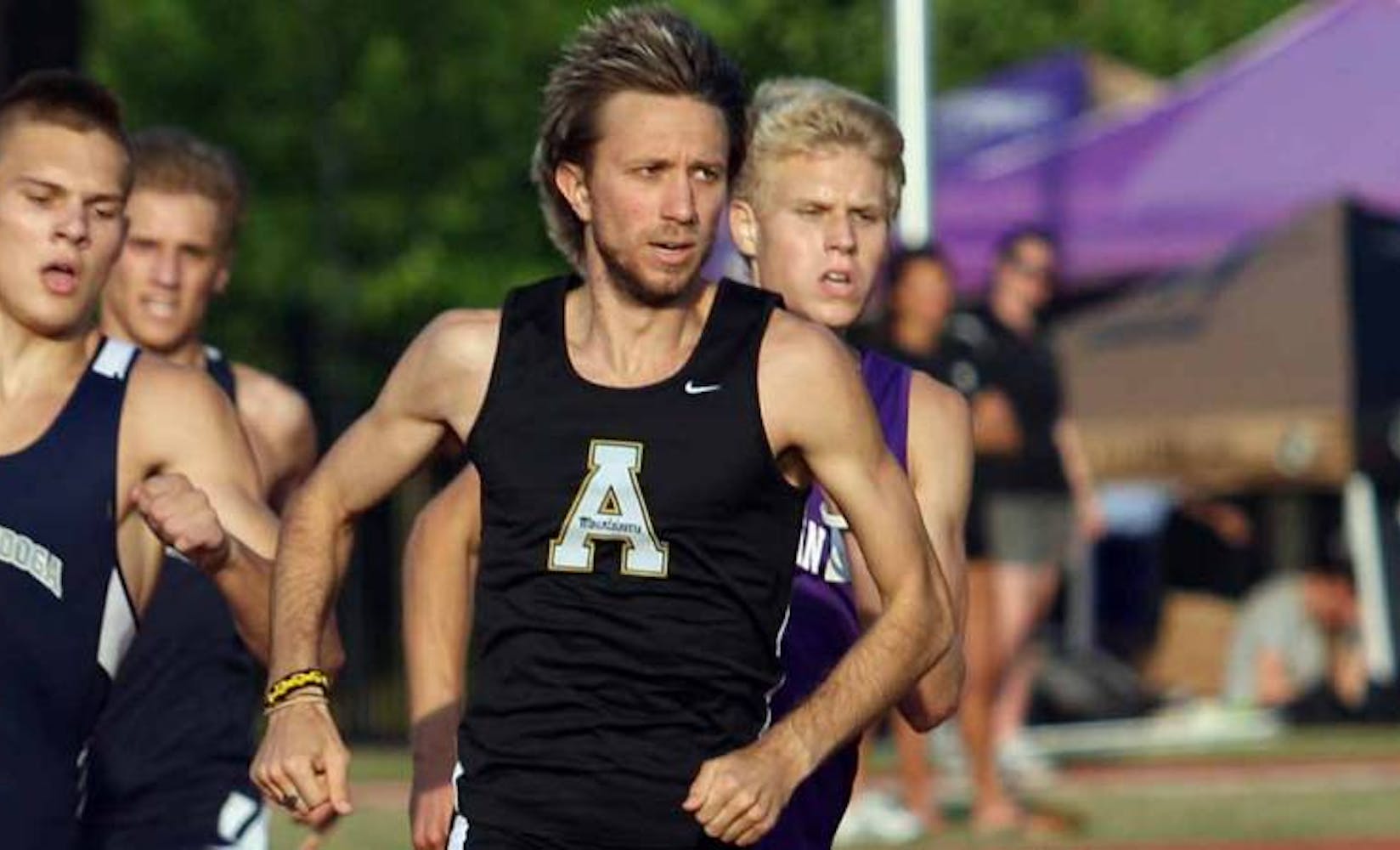 It was less than a decade ago that Brandon Hudgins was diagnosed with a rare autoimmune disease that changed his entire life. Hudgins suffers from a form of vasculitis known as granulomatosis, a disease that attacks the small blood vessels in the body and can be fatal.

An athlete all his life, Hudgins began to experience symptoms of the disease during the fall cross country season in 2008 and lost nearly all of his hearing because of it. Hudgins was unable to perform any form of physical activity stating;

"Doing anything athletic felt like the last 50 meters of a race, which is incredibly painful, because your muscles aren't getting any oxygen, my body was just wrecked."

After his diagnosis, Hudgins began a treatment which involved rounds of chemotherapy and corticosteroids. The treatments had an enormous affect on him physically, but he was able to complete his two remaining years at Appalachian State where he hearned both is graduate degree and a personal best of 3:45.

At this point in his career, only two seconds separated Hudgins from the USATF Outdoor Championship qualifying standard. More motivated than ever to achieve his dream of competing in the olympics, Hudgins was struck again by the familiar symptoms of his autoimmune disorder. He had relapsed, and would relapse again in April 2013.

"The emotional side of dealing with it was harder than the physical side", Hudgins said. "I had an emotional breakdown after the first relapse, I threw my running shoes in the garbage can. I was just done."

Hudgins thought that was the end of his running career, but his friends and family kept encouraging him to keep running.

"People kept asking me to go for runs....it got the fire going again."

In August of 2015 Hudgins became the 448th American to break the four-minute-mile barrier. Hudgins, who until recently worked full-time at a resort to make ends meet, is now pursuing the trials standard.

"For me, it's about making an impact and changing the sport, and inspiring people to get out and run and move and chase their dreams even though they're going to be hard as hell sometimes." Hudgins said.

To help Hudgins get to the olympics, click here to support his FlipGive fundraiser