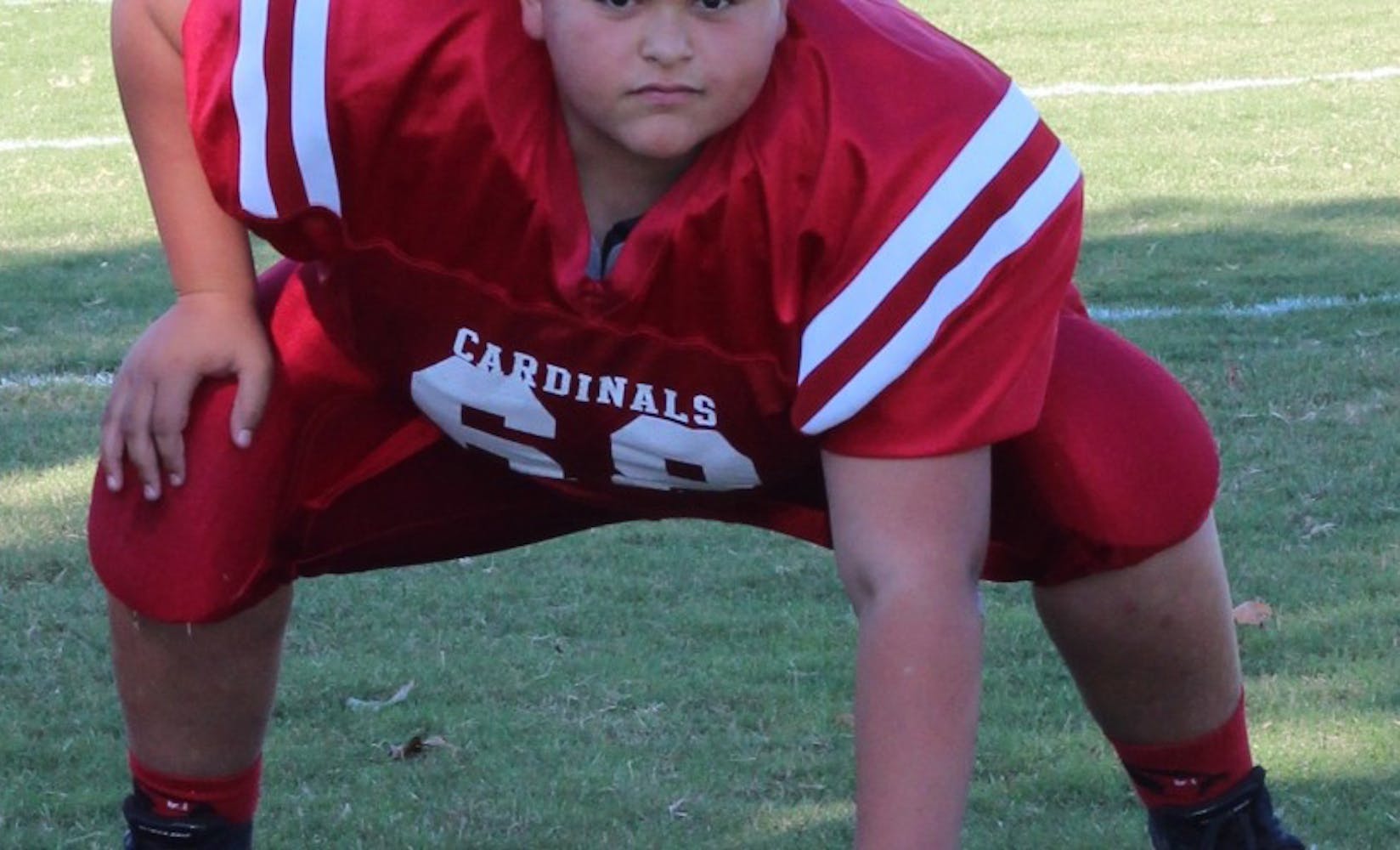 12-year-old Nyk Comer has what it takes. His family has known since he was six years old. “His coach pulled me aside after practice one night,” says Nyk’s mother Amanda. “He said Nyk had natural skills at that age, skills he’d had trouble teaching to older kids.”

The coach told Amanda to make sure Nyk had a chance to learn the game and develop his natural abilities.

Since then, her number one priority has been just that. She moved to the small town of Farmington, AR because of the town’s strong academic profile and support for their high-school football program. Nyk has seized every opportunity he’s had so far and, although his path to greatness is far from over, he already knows that this is his game.

“I love the physicality of it,” he says, explaining that he was switched between offensive and defensive line due to his size growing up. He was always the biggest kid at tryouts for his local Farmington Cardinals, but was in for a shock when he arrived at USA Football Regional Development Camp this past spring.

“I wasn’t the biggest kid out there anymore,” he says, but he still made an impact and advanced to the National Development Games in Ohio this past June. From there, his performance earned him a sport on the Under 14 International Team, which will compete at the International Bowl in January 2016.

None of Nyk’s progress so far would have been possible without his mother’s hard work.

Raising an aspiring NFL player is hard enough for any family; as a single parent, the load is doubled. Amanda balances raising money for football with keeping her son’s grades up and helping his football career. She knows however that as Nyk becomes a better player, the financial costs and commitment will only continue to grow. Amanda estimates Nyk’s trip to the National Development Games cost around $2000 in total, not accounting for the week of work that she missed to take him there.

One of those ways is through the help of her family and friends, whose contributions helped send Nyk to the National Development Camp.

“But I can’t go to them every time, saying ‘hey send my kid to this camp,” she says.

Amanda expects their upcoming trip to the International bowl in Arlington, TX to cost at least another $2000, with the camp itself comprising less than half of that cost.

Although the numbers look daunting for a single parent, Amanda says Nyk’s development is priceless to her. That’s why she’s excited for the potential of her FlipGive campaign to give her community a chance to support Nyk and other kids hoping to achieve their dreams. The idea that supporters can contribute to her fundraising campaign by shopping for things they planned to buy is very appealing.

“I’m asking people to donate, but a lot of times they’re buying something they would have gotten anyway,” she says. “You spend what you’re going to spend, but now it gets to help send a kid to camp.”

Nyk knows this International Bowl is just the beginning, so he’s working hard at school and home to get ready for the journey ahead.

“Sure it can get frustrating,” says Amanda. “But we always find a way to make it work.”

Click here to support Nyk Comer's journey to get to USA Football International Bowl this January.