Football Tournaments You Need to Know About 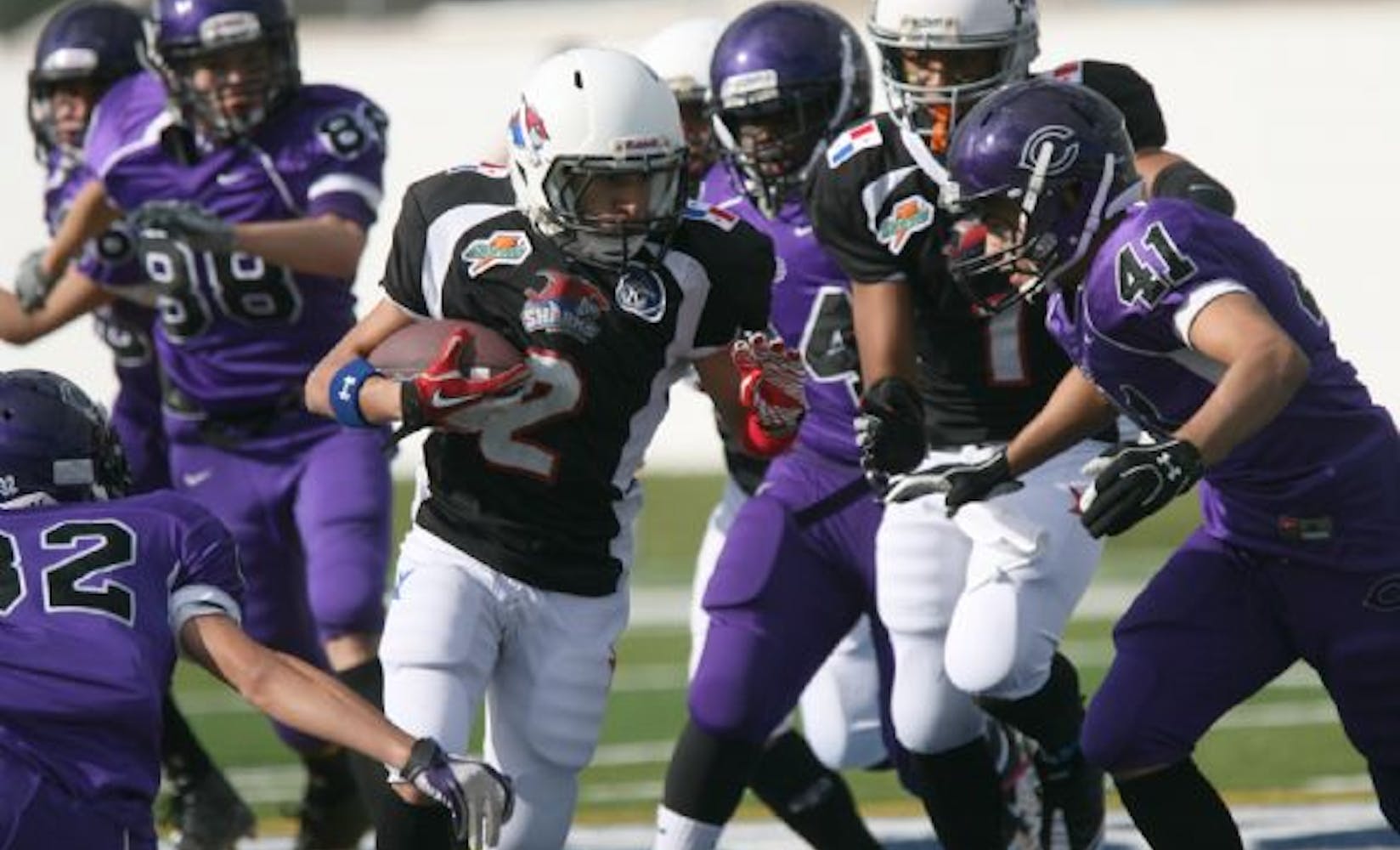 So you've got a pretty good team this year, and looking for a little more competition beyond your regional regular season league? How about taking your team to a national championship tournament. There is no shortage of tournaments at the regional and state levels, but to truly test your team’s fortitude you really need to know about these three youth football tournaments.

For over 40 years, the NYFC has become a Thanksgiving tradition for youth football teams. This post-season event has two sites, Las Vegas, Nevada for the Western Championships, and Daytona Beach, Florida for the Eastern Championships. This is truly a youth football tournament, ages 7-16, which means no varsity teams are accepted. Tournament brackets are based on age, weight, and skill criteria through the application process. The three-day event culminates in a massive awards ceremony. There is also a cheerleading competition taking place simultaneously for families with children in cheer.

This is the premier high school level tournament that you need to know about. At the high school level exposure, refined skill development, and experience playing against the best players in the country is crucial to improving your chances at playing football in college. USA Football specializes in position-specific development camps and national championships that can change the trajectory of a player’s football career.

Success at these camps and tournaments can earn you a spot on the USA National Football Team that competes internationally, and raise exposure to top NCAA and NFL scouts and recruiters. Benefits of this tournament is a seven game guarantee, professional officials, all administered by USA Football. Teams can qualify through State and Regional tournaments.

Extracurricular football is so important to an athlete’s development of skills and love for the game. Tournaments are also a great way to have new experiences, meet new people in the world of football, and have a great time. Starting to compete outside of your own region at a young age will help build confidence and skill, and as you get older, tournaments will help with exposure to scouts as you move closer to competing at the college level.