How the Hockey Grant helped Blake pursue his Paralympic dream

Since receiving the Get in the Game Hockey Grant, Blake has continued to branch out. 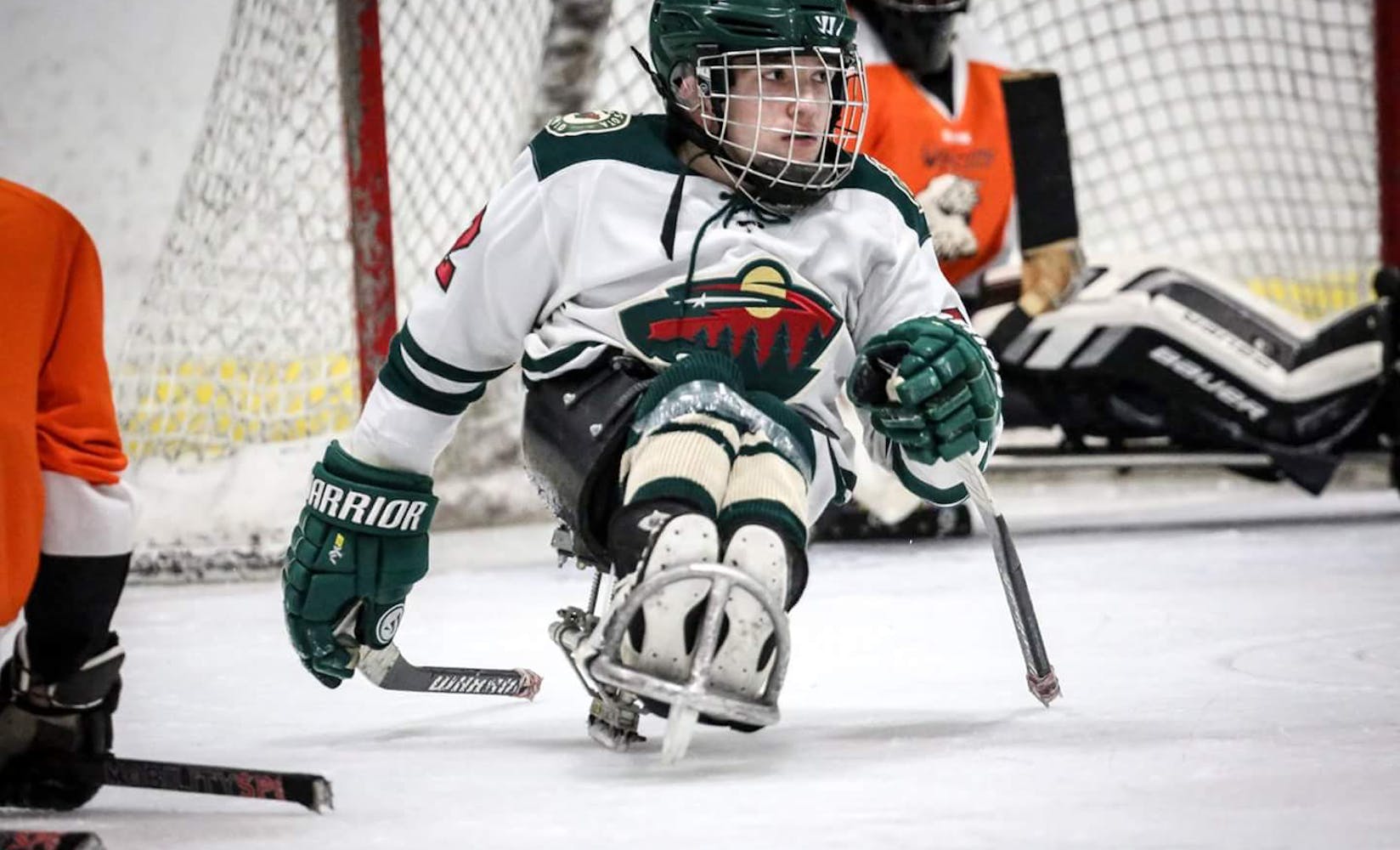 Some kids are unstoppable – and Blake is one of them.

When I caught up with Blake’s father Troy, he was in Chicago at an adaptive softball tournament. Adaptive, because Blake has spina bifida, meaning he gets around in a wheelchair – or last time we saw him, an ice sled.

“I thought he played sledge hockey?” I asked, “Has his interest changed?”

“Oh no – he’s very competitive,” said Troy. “We caved and signed him up for this softball as well. He actually monoskis also, which he’s quite skilled at. He’s been invited to a US Paralympic training camp for that.”

For any parent it’s always great to see a passionate child who is succeeding – and any parent can relate to wanting to do all they can to make it possible. What all this adds up to is a lot of driving, and significant expenses. There aren’t a lot of sledge hockey teams, so the family drives five hours round-trip to attend their three-hour practices every week from October to April: in addition to travel for tournaments.

That being said, Troy says it’s all worth it.

“It’s allowed us to meet such wonderful people, and it’s allowed Blake to meet people just like him, who have been born with what he has, as well as kids with different disabilities.” Said Troy. “It’s allowed him to meet current US sledge hockey Paralympians who are on the team right now. People he is dreaming of becoming.”

The cost, however, was proving to be a significant barrier. Blake was the recipient of the Get in the Game Hockey Grant in 2017, to help offset the costs of the specialized gear that’s needed for his inclusion.

“It’s allowed us to make so many avenues and windows, allowing us to network and become friends with so many people.” Said Troy. “It’s a great thing you guys are doing for all sorts of different kinds of people, I can’t say thanks enough to yourself and everyone over there for the assistance.”

The Get in the Game Hockey Grant is open again right now, and is available for any youth player who needs assistance overcoming financial barriers to the sport. We’re relying on the hockey community to get the word out, so those who need it the most can get the support they need to continue to play the game they know and love.

If you know anyone who is being hindered by the high cost of sport, let them know! Applications are open until September 16th, and applications can be found here.