Meet the Wizards who play Quidditch

A sport for everyone: Boy, girl, wizard, or muggle 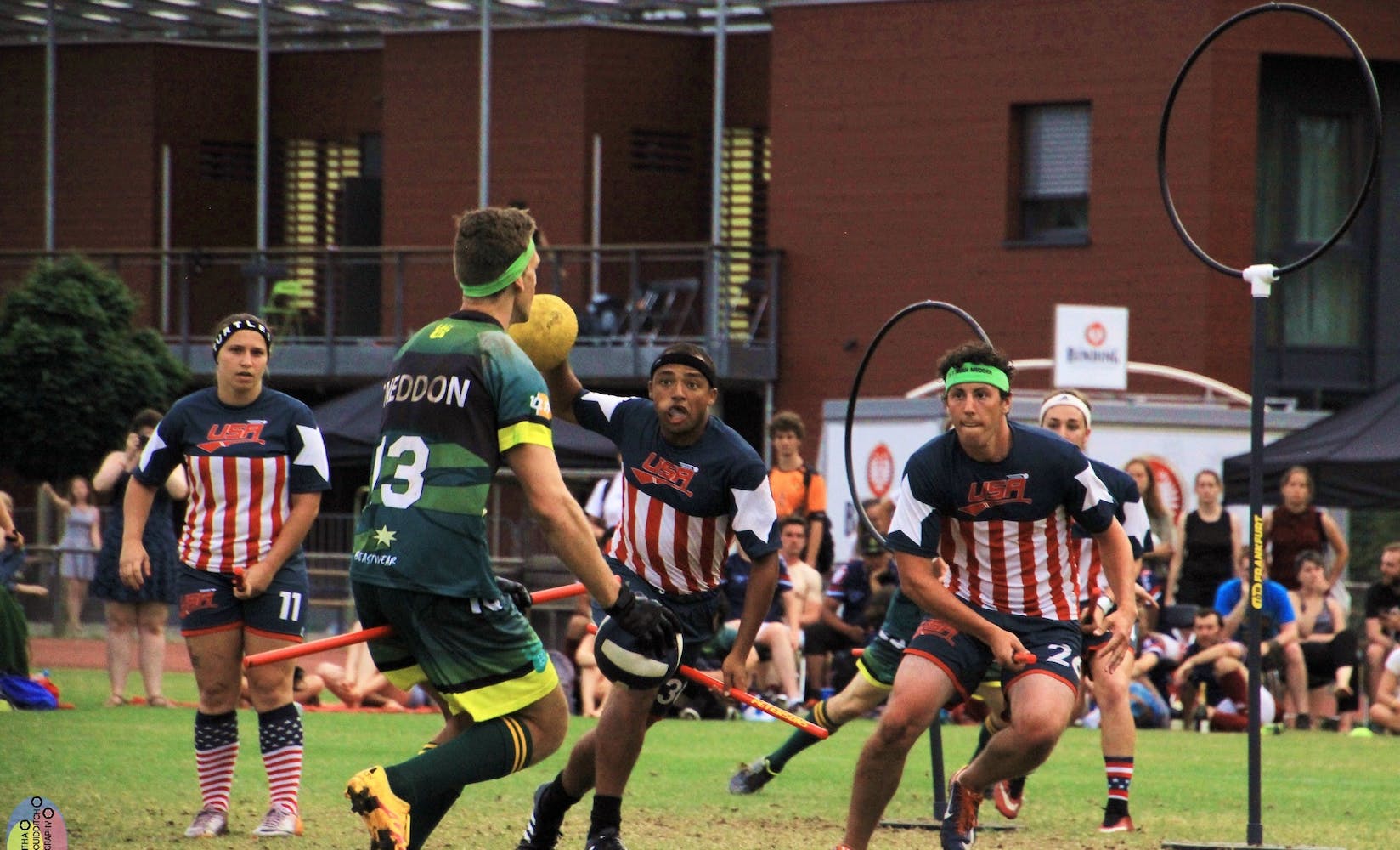 Harry Potter fans know the magical sport ‘Quidditch,’ and movie-goers may know it from the boy wizard flying around on his broom. What you may not know is that the sport has made its way into the real world of us Muggles. In fact, there are over 450 teams who play globally, with 200 in the US alone. We were curious, and there are twenty-two Quidditch teams fundraising on FlipGive, so we reached out to a few - we wanted to know more about the sport that’s magically appearing on university campuses across the continent.

Starting at the top – Qudditch USA is the dominant force in the sport, they played in the world cup a month ago – with a score of 120 – 70 against Belgium! No, not the soccer world cup, the Quidditch world cup in Florence, Italy. It took a lot of fundraising to get to Italy, since their brooms aren’t really an option for a transatlantic flight.

…But what exactly are we looking at here? The Harry Potter movies had a high-flying sport, where the wizards played a competitive ball game, and the league has developed rules to mimic that game as closely as is practical. Players ride a ‘broom’ at all times, which is essentially a stick. Picture a combination of dodgeball, rugby, and tag, and you'll be on the right track. What's of particular interest is it's a co-ed contact sport - inclusivity is the name of the game!

Of course, Canada has their own contingent of Potter Fans, meaning Italy also received a shipment of Canucks riding brooms... No word yet on whether they were made from maple trees, however. A 9th place finish on the world stage wasn’t something that went uncelebrated. 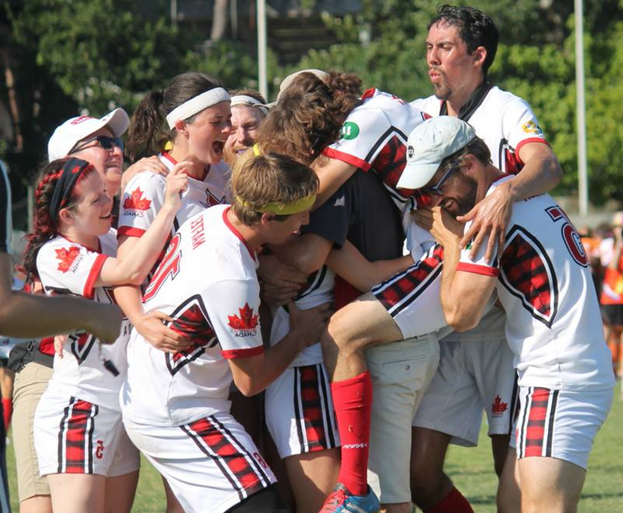 When I touched base with Jill Staniec of Quidditch Team Canada, we talked about the mixed-gender aspect of the sport, and how it is a long-term win for the sport.

"We need girls to play in order to play," said Jill. "But the contributions of these athletes show that we need girls and women on the field for more than just a quota."

There are youth programs and grants to help kids enjoy the sport, and as well too keep them active in general. The learning outcomes are as relevant and strong as any sports program.

"Girls in our youth programs contribute on the field as leaders, commanding their troops on offence and defence. Girls on our youth teams are also building soft skills in teamwork and communication, while also building their basic sports literacy. Girls are starting to discover that they enjoy physical activity and sports, and our favourite stories are the girls who tell us they love to go to Phys Ed class now when they hated it before."

"Women on our team were those girls. They were the girls who played sport, now all grown up. If those girls hadn't played, they couldn't play now. They couldn't showcase our team and our sport at the Quidditch World Cup in Florence, Italy. If girls don't play, then women can't play. So it is literally only if she plays that we can win. And that's winning forever, however our games at the event went."