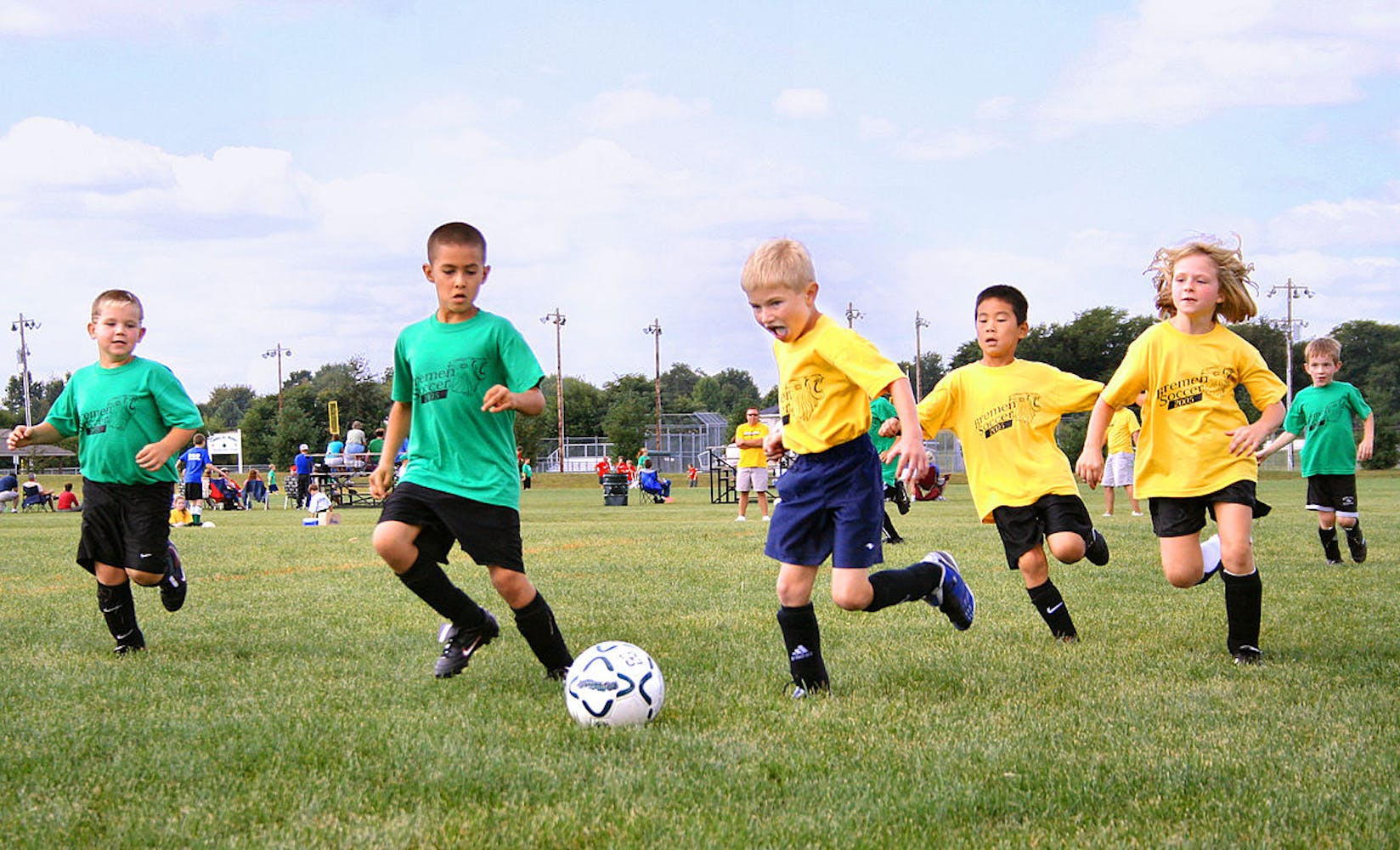 We would be nowhere in soccer if it weren’t for scoring goals. When speaking about the basics when learning and practicing soccer plays, shooting is one of the most important. Each player on your team should be able to shoot well to take advantage of any opportunities to score.

Split the team into two even groups and assign each player a number. Players should have alternate colored jerseys. In a small, 15x12 yard grid, lay out two small goals with cones and place the ball in the middle of the grid. When the coach calls out a number, the players from each group with that number enter the grid and play a quick one on one until someone scores or the ball goes out of the grid and therefore out of bounds.

The point of this game is to encourage players to take on their opponent and take the opportunity to shoot when it presents itself. To make the drill more difficult, you can call out more than one number to make it a three on three, four on four, etc.

This drill is great because it gives the players an opportunity to practice defense and shooting at the same time. Set up a grid that is the same width as the penalty box about 25-30 yards from the goal. Choose a goalkeeper and put them in the goal. Split the rest of players into two groups and have them wear alternate jerseys. At this point, each player in both groups has a ball.

This drill is a favorite because it focuses on all aspects of the game while putting particular emphasis on shooting and taking advantage of the opportunity to shoot. Players must work together in this drill, mimicking real game situations.

It’s important to remember that shooting is only one part of soccer, albeit, a vital part. Try and incorporate other fundamentals in your shooting drills to get the most out of your players.