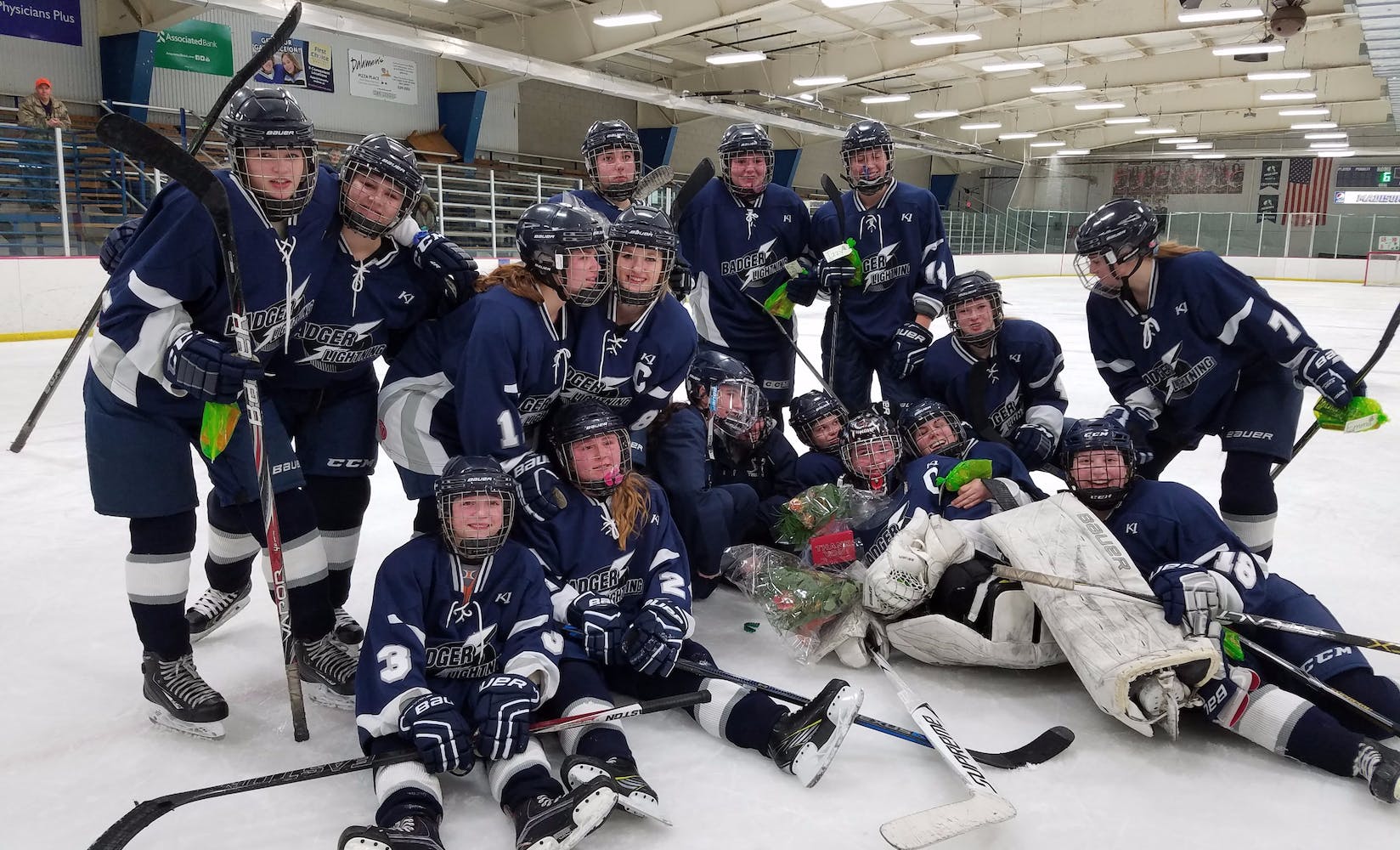 The Badgers are a high school team that has been playing together since the third grade. Being a girl's hockey team, they have faced challenges throughout their time playing together, especially this year, when their school was considering closing the girls hockey program.

The benefit of playing hockey, especially for girls, has been widely documented. Girls who play youth sports are more successful in school and have higher confidence, which is why the parents of this team knew they had to do something to keep their girls on the ice. If you were to ask these girls about their teammates, they would refer to them as sisters.

Team Representative Amy Babcock has seen firsthand just how much playing on the team has made a positive impact:

"Hockey has been such a fundamental part of their lives, and the memories they’ve shared with each other will last a lifetime. We live in such a small town, and football is such a huge part of our community, and the girls have a hard time competing with that.”

These girls have experienced the agony of defeat, and the joy of winning together for the last nine years. It has been such a great part of their lives, and the memories they have made will stay with them once they move on to colleges.

With the Get In The Game Grant, this team can keep the momentum going, and their program will remain open, so that every girl who wants to play hockey has a place to hit the ice and compete.

Congratulatulations to this awesome hockey team, we're so excited for your upcoming season!