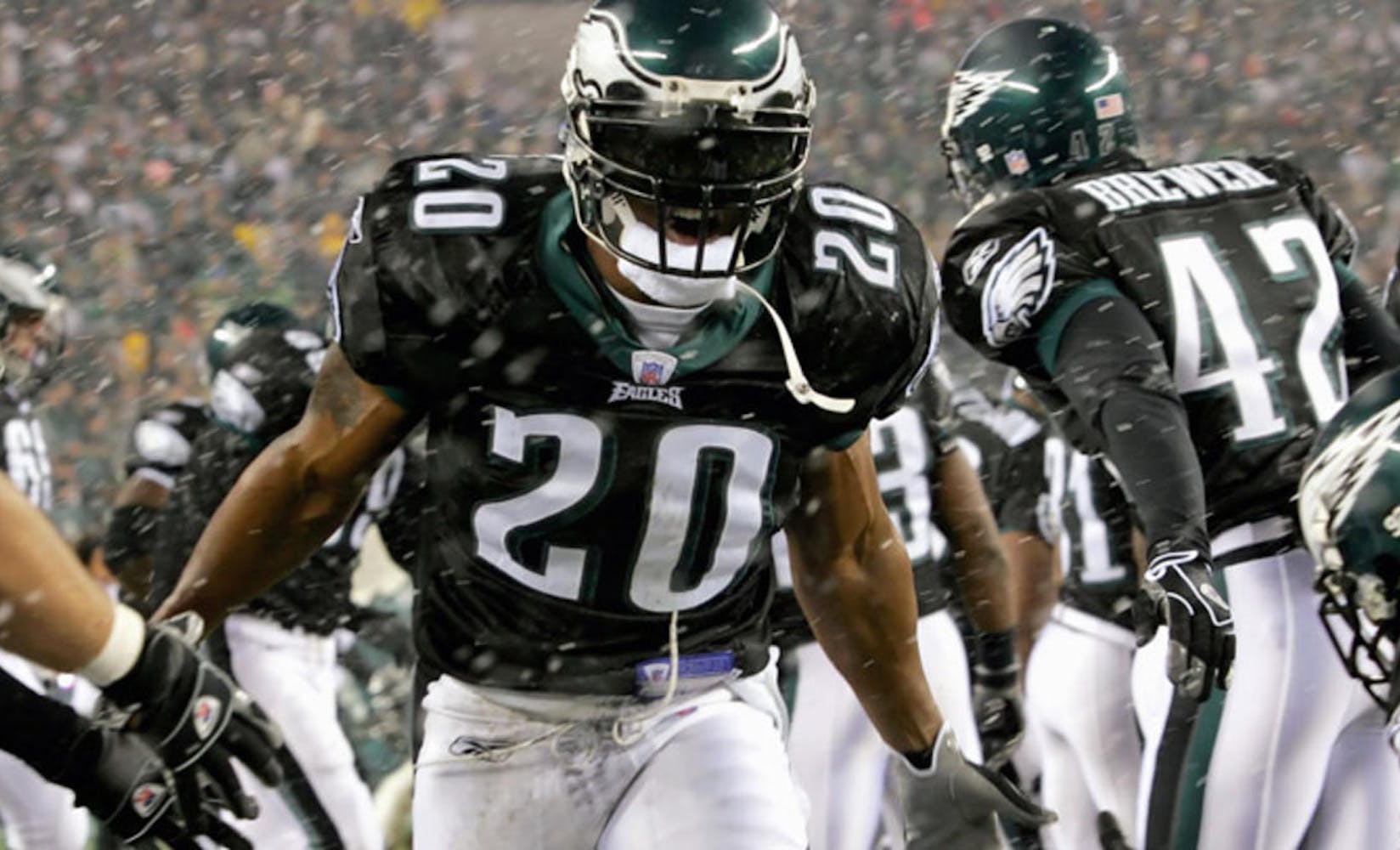 The sports elite all have something they do to get them ready for Game Day. The mental and physical preparation for a game is different for every player trying to get into their zone. Athletes will often do whatever is necessary to get into the right headspace, preparing for days before a big game and exercising some pretty interesting superstitions. Check out the weirdest game day rituals we’ve ever heard below.

1. Jerry Tarkanian  chewed on a towel during games:

Jerry Tarkanian was a hugely successful NCAA Men’s Basketball coach, but the only thing anyone ever wants to talk about was the towel he had in his mouth during every.single.game.

While coaching a game that took place in a sweltering southern California high school gym, Tarkanian got fed up with having to constantly go to the water fountain. He forgot to bring a bottle, so he wet a towel and chewed on it to keep his mouth from going dry.  Ever since then he chewed a towel out of superstition.

Bibby’s team members and trainers believed so wholeheartedly in his superstition that they would hand him nail clippers during timeouts so he could work on his nails while his coach talked to the players.

Larry Walker was thought to be one of the best five-tool players of the 90’s. He was elected to five all-star games and was the league MVP in 1997, and according to him he owes all his success to the number three.

He wore number 33 his whole career, made sure phone companies gave him numbers with as many 3’s as possible, and would only wake up at 33 past the hour. He even got married on November 3rd at 3:33 pm.

4. Jason Terry wears his opponents shorts the night before games:

Jason Terry owns a pair of shorts for every team in the NBA, and on game nights he’ll grab the particular pair of his opponents colors and sleep in them.

5. Richie Ashburn slept with his bats:

Phillies outfielder Richie Ashburn would take the bat he was using during a winning streak home with him and sleep with it. He says he initially did it to make sure his bats didn’t get mixed up or stolen, but it worked so he kept doing it.

6. Moises Alou peed on his hands to “harden them”:

The MLB player fell for the myth that peeing on your hands hardens them before  game. In actuality, doctors say urinating on your own hands softens them.

7. Nascar doesn’t allow green, peanuts in the shell, or $50 bills on the track:

Nascar being one of the most dangerous sports, it makes sense they would have some weird superstitions. Nobody really knows why green cars are considered bad luck, but peanut shells were found in the wrecks of more than one driver who died on the track, and since then shelled peanuts are strictly forbidden on the track.

8. Jason Giambi and his teammates wear golden thongs to bust out of slumps:

After a 2008 slump, Giambi decided, for unknown reasons, to wear a gold thong under his uniform. His slump ended not long after, and other teammates caught on and adopted the practice as well.

9. John Henderson gets slapped before every game:

John Henderson’s trainer slaps him across the face before every game.