Trophy Kids: What We Can Learn From America's Worst Sports Parents 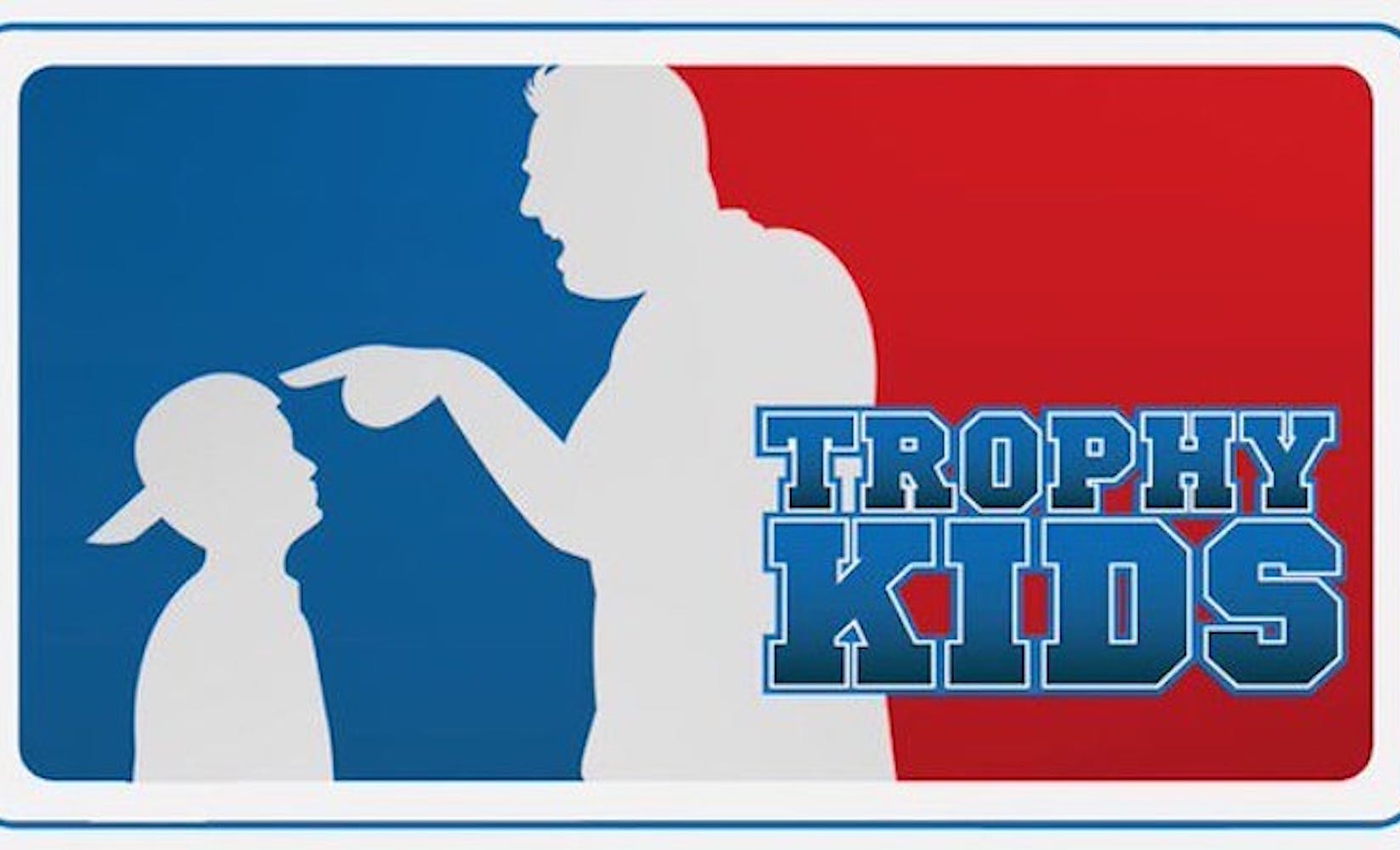 As sports parents, we've all seen it. We've seen the dad that pushes his kid too hard or the mom that drives her kid to tears after a particularly tough game. We've seen kids with outrageous training schedules subjected to behaviour that makes us wonder, when is enough enough? Trophy Kids, a Peter Berg-produced HBO documentary about over-the-top sports parents available on Netflix, follows its adult subjects who have invested, as one parent put it "more than a couble lambos" worth of cash in their children's athletic futures. “It raises the question of how much do we push as parents?” Berg said. “What should we reasonably expect? Where are the lines?”

The trope is errily similar with each of the three main families profiled:

A child presents an athletic talent in relation to their peers at an early age, and parents take this initial talent and run it into the ground. Parents become increasingly overbearing as more and more money is spent on taking their young athletes to the next level, eventually culminating in supreme meltdowns once they realize they spent their childs college tuition trying to get them a scholarship on the football team. 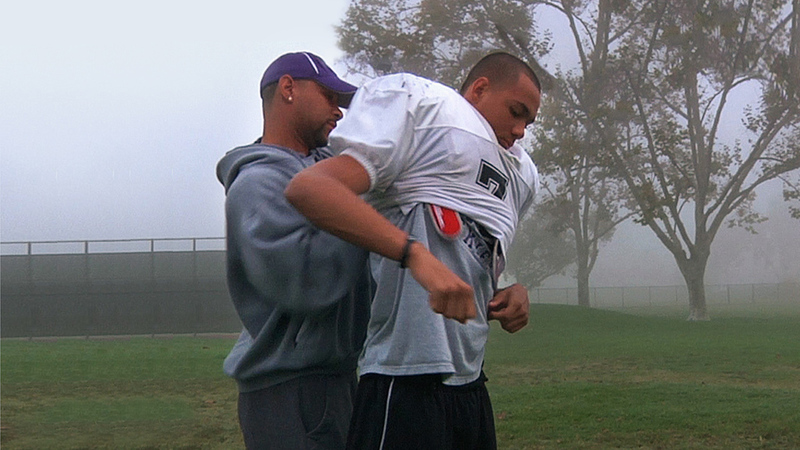 The film follows five families; Andre, whose preteen daughter Amari is an aspiring LPGA golfer frequently driven to tears by her dad’s cursing fits. Steve, who estimates he’s spent a couple hundred thousand on coaches, trainers and travel teams trying to help get his high school basketball playing son Derek a college scholarship. There's Jamie, a devout Christian who tells her twin teenage sons that she is making a “covenant with God on your behalf that you be number one in the world in tennis.” Finally, there's Josh, the divorced father of 15-year-old football player Justus. Josh claims he is giving his son “work habits” in aggressive one-on-one training in addition to his school practices.

Critics of the film have called Trophy kids a "mandatory homework assignment...for every parent with kids playing high school and youth sports." We couldn't agree more. Being able to step back and see just how much the pressure from elite sports affects our kids makes any parent go "whoa, do I do that?" The good news is, chances are you don't. Peter Berg has found unique and horrifying cases of sports parenting taken to the extreme, and even though their antics are hard to believe, there's a lot viewers can learn from the behaviour presented in this film.

Don't pin your finances on your kid being a pro athlete: 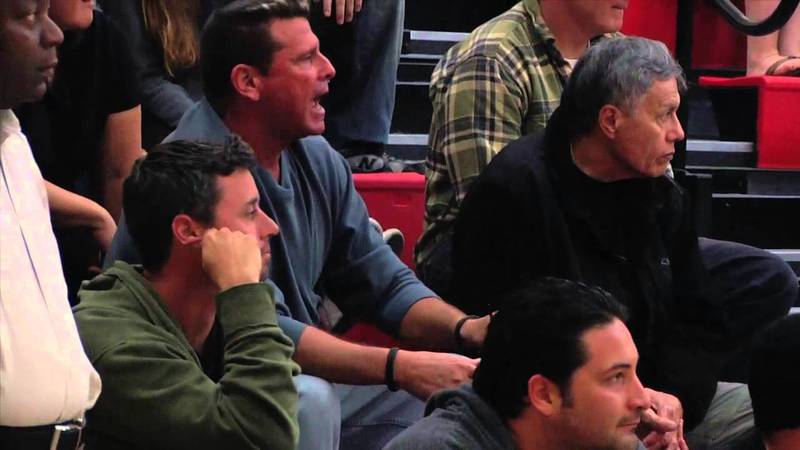 It's easy to judge the parents on Trophy Kids, they act like their lives depend on their children's athletic performance, and they probably do. Steve, pictured above, probably spent the most out of all of the parents on his son Derek, while golf dad Andre Avery says he spends upwards of two hundred dollars a week on his daughters training. This kind of financial investment, especially if a parent cannot afford it, creates an enormous amount of stress for both the athlete and the parent. While the outbursts and tantrums in the film are shocking, they are more understandable when you consider the gamble they made when spending the equivalent of a college tuition on sports.

You can't control everything about your childs environment: 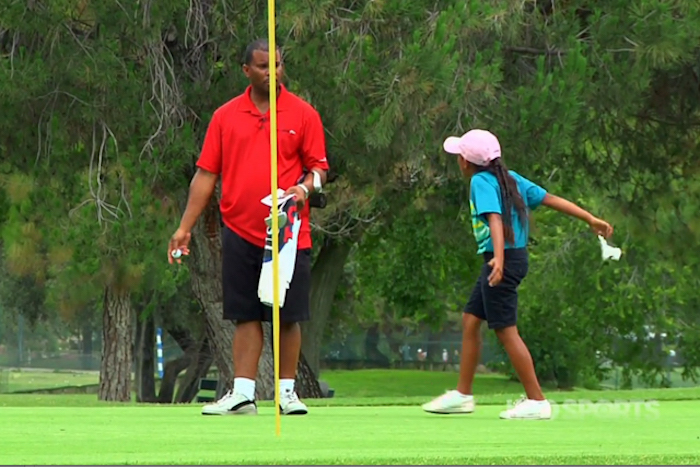 What the four Southern California dads profiled in Trophy Kids have in common is that they believe they can control the environment to the point that it will guarantee their child’s athletic success. In reality, depending on where your child plays sports and the exenuating circumstances at any given time, anything can happen. It's important as a parent to understand that you have no control over the way in which a game or a season plays out from the sidelines, and being loud or yelling at your player will hurt rather than help.

You don't need to prove to anyone that your child is a superstar:

“Every parent wants their kid to be a superstar – every parent,” says Andre Avery, the worst offender in the series. While every parent wants their child to succeed, youth sports success isn't measured exclusively in wins and losses. The fact of the matter is, most kids won't go on to play college or professional sports, and the purpose of being on a team is to build character and make friends. Make sure you let your child know that winning isn't the only thing that makes them a superstar. 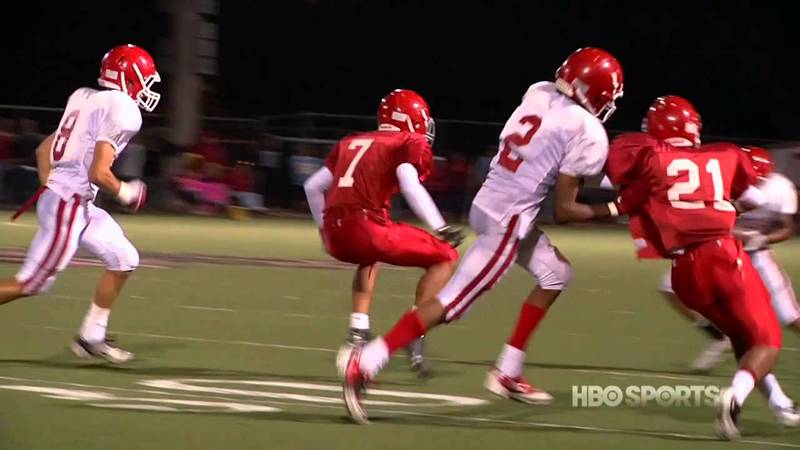 If there's anything a parent can learn from Trophy Kids, it's that you pushing your child only goes so far. It's astounding that even with all of the time, effort, and money that these parents put into their child's athletics, not one of them is on the track laid out for them. When it comes to sports, a huge part of it is mind over matter. A talented player who hates the game will perform consistently worse than a player who is in love with the sport.

According to The Decider; "Of the three kids in the film now old enough to have reached the dream of a Division I college scholarship, one, Ian Fox, met that goal with an offer from Idaho State, but transferred quickly and is playing junior college basketball. Derek Biale got a Division II basketball scholarship but just got booted from his team. Justus Moore, pressed by his former football-playing dad who screams at his crying son in a scene so painful and intimate you feel you like you should step out of the room, is out of sports completely. "

It doesn't matter if you have the very best intentions:

Whether the parent’s dream is sports, or an Ivy League school, the risk is that by doing everything for your kids they never get the chance to figure that out for themselves. “They’re used to relying on us telling them what to do,” says one of the parents matter-of-factly. Having a child who relys on you to make their decisions is unhealthy, and directly against the independence that sports is supposed to teach.

Just because it works for some, doesn't mean it will work for you:

According to FTW, Former USC star Todd Marinovich, whose rise to an NFL first-round pick and subsequent fall was shaped in many ways by his aggressive father. He joins Berg and sports psychologist Dr. Larry Lauer to discuss the film in the hour-long program’s final 20 minutes. The discussion ends with an Intervention like look at what each athlete is up to now, giving viewers an opportunity to decide if all of that pressure was actually worth it. While it's well known that many pro athletes have come from parental relationships such as this, it's important to note that there are also a high number of athletes who gained international recognition with very little pressure from their parents. In the end, it all comes back to your child loving the sport that they play.

“Making this film has made me a better parent as far as relaxing my expectations of my son and the amount of time I’ve spent thinking about this,” Berg, who has a 13-year-old son, said.  “When Todd Marinovich [watches this] and said ‘Man, I would’ve given that kid a hug.’ It sounds corny and stupid, but I’ve hugged my kid a lot since that.”