Welcome To Football Island: Find Out About The Best Youth Football Players You've Never Heard Of

Apr 12 2016
FlipGive is a free team funding app that makes raising money a breeze. Teams earn cash back for buying the things they already need. Get paid whenever you shop, dine out, book hotels or activities.

Football isn’t just a game for the residents of American Samoa. For them, it’s a way of life, a culture, and a pastime that binds their entire community together.  Nestled in the heart of the South Pacific just over 5,000 miles off the coast of California and another 2,500 miles way from Hawaii, Samoa is an Island country that is prides itself on family, Samoan tradition, and football.

American Samoa, or “Football Island” as it’s known to some college scouts, holds one of the records for most players in the NFL per capita. Stretching only 19 miles across and with a population of 65,000 people, American Samoans currently have 30 players in the NFL with over 200 athletes playing in division one colleges across the United States. Pittsburg Steelers All-Pro safety Troy Polamalu stated that Samoan players “play football harder than we’ve ever seen”.

With a high school football league that’s barely a decade old, and an even newer youth football league, the number of players who have made it to the professional level is nothing short of astonishing. According to Scott Pelley of 60 Minutes, a player born to Samoan parents is 56 times more likely to make the NFL  than any other kid in America. Suffice to say, they take the sport extremely seriously.

The AYFS (American Youth Football of Samoa) is Samoa’s first youth football league for players age 11-13. The league was started in response to the overwhelmingly positive impact that football provided for the Samoan community,  as well as a way to hone players skills and build good habits early on. 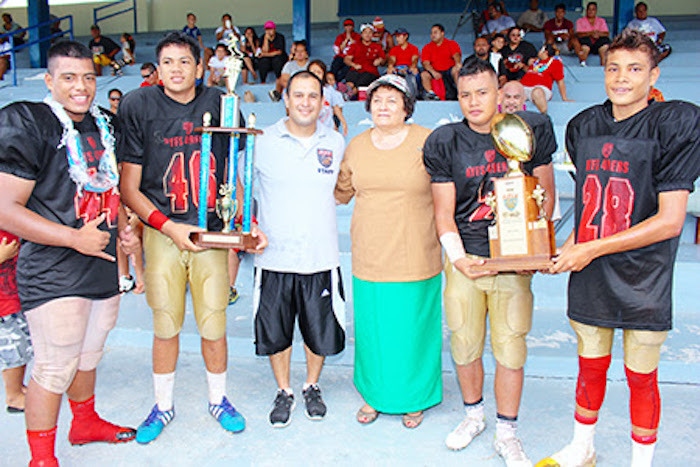 "Since the establishment of AYFS, there has been a very positive impact on our players. It has enabled our youth to become better athletes, which in turn help them get scholarships to colleges in the states. Since there are limited opportunities for them here on island, football is a way for young athletes to get into colleges in the United States”, says team parent Usolelei Logoai.

While Football Island is undoubtedly a haven for college scouts, it can be difficult for players on Samoan teams to get the funding they need in order to support their players. With most Samoans having family overseas, it can be a challenge to raise funds to keep the youth football program going. This seasons champions, the AYFS Niners, used online fundraising platform FlipGive to help offset the costs of their football season. “For our friends and families off island this worked like a charm!”, said Logoai. It was always a huge challenge to hold fundraisers for our team that were open to overseas supporters. By using FlipGive, the Niners were able to raise money globally. 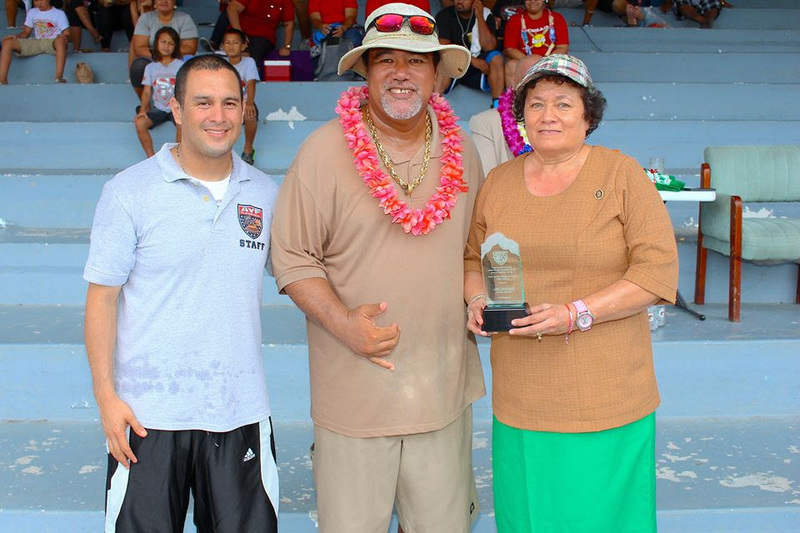 “The players on our team really learn something from playing football”, says Logoai. Every season, it’s amazing to see how much these kids change. “They learn discipline, teamwork, and to watch out for one another. I think the most important thing they learn though, is that they all make up the team, not just the star player.”

With the number of Samoan football stars steadily increasing, it’s safe to say we should expect big things from these football champs!