A community team pulled together in the face of disaster and decided nobody would be left behind. 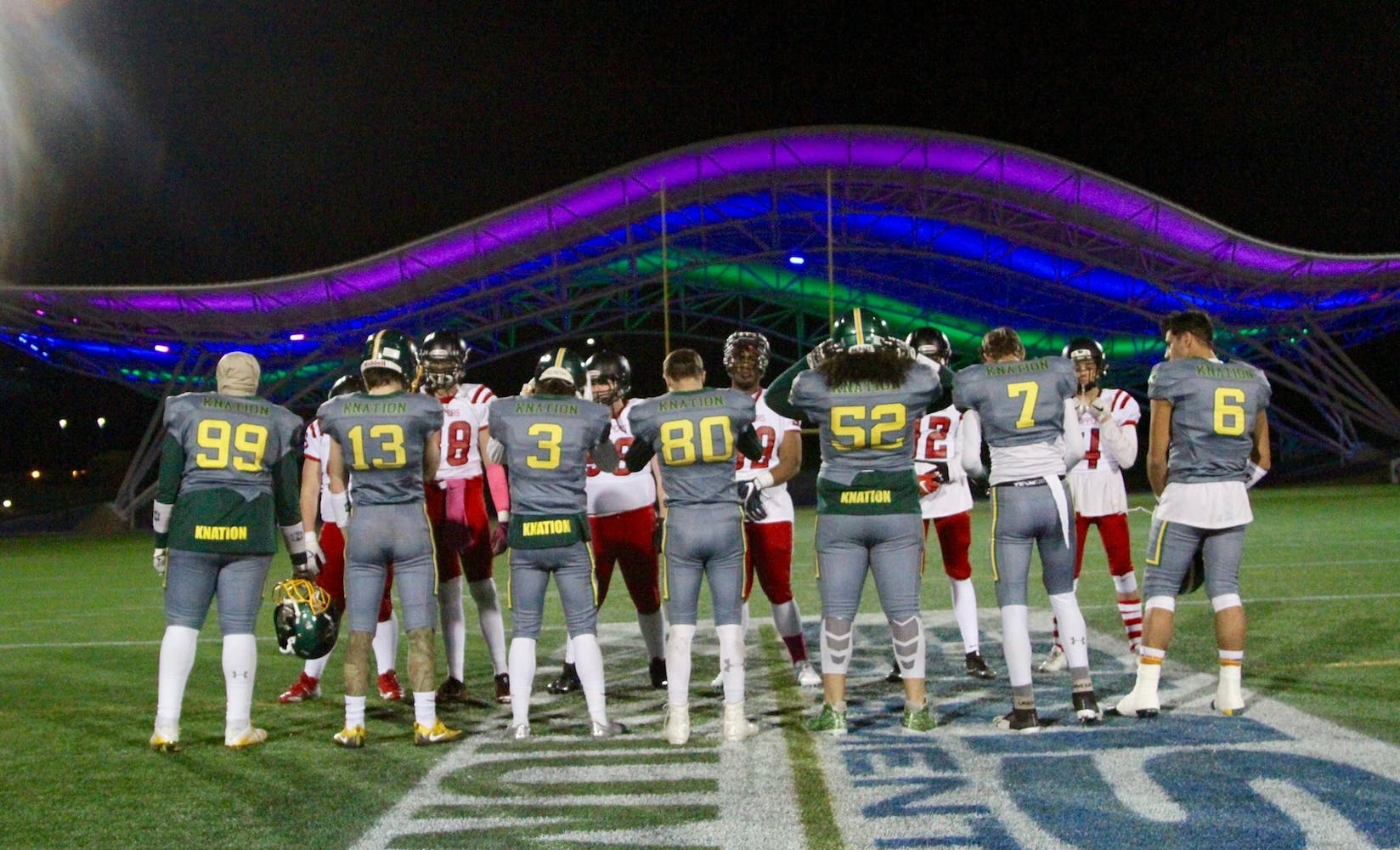 With the city evacuated, families losing their cars and homes, and the team’s gear gone up in flames, you could say Vara Seredynski’s first year on the board with the Fort McMurray Knights was an eventful one.

“I have been the team Manager for our PeeWee Knights as well as a member of our club’s board of directors, acting as treasurer for the club, for the past two and a half years,” said Vara. “I am just a small part of a group dedicated to helping youth experience football in a positive environment.”

Soon after she joined the board in 2016, Fort McMurray was evacuated due to a devastating wildfire. Many families from lost everything, and it was a huge blow to the entire community. To compound the problems for the team, all of their equipment and uniforms were among the things the wildfire destroyed.

While the team was rebuilding, the Fort McMurray was rebuilding as well. While there were community members helping as best they could, there were many families who were hit hard by the fires. The team made the decision that no children would be denied the chance to play due to their financial situation.

“Inclusivity is our goal - we noticed two years ago that many of our players would not order pictures on photo day, would not attend the year end awards banquet, and sometimes did not get team clothing, all due to finances,” said Vara. “So the board opted for an all-inclusive registration so that no matter their financial situation, each player received the same ‘extras’ at no additional cost.”

There are about one hundred students registered with the Knights across their three age groups, and 75% of them require funding assistance to play – since the city is a five-hour drive from the closest major city, travel costs are a significant barrier for those with lesser means. The team’s motto of ‘one team, one family’ really shines through when they all work together to make sure everyone gets the same opportunity to participate.

The considerable community they've built up shows - the teams have recently heard two of their coaches will be competing on the Amazing Race Canada: Heroes Edition. "Things have been a bit crazy around here as we all just found out," said Vara. "The kids are so excited!" They'll now be able to see their community represented as they watch the coaches they've worked with for years go from coast to coast.

“We have some truly amazing coaching staff whose dedication and sacrifice have brought us together and equipped our kids with the morals, dedication and fundamentals to excel as young adults,” said Vara. “At the end of the day, we just want the best for these kids, and give them a great foundation from which to build upon.”